This was meant to be published in October of 2014. However, due to a cross-country move, I am now extremely early for October 2015. Consider this your first quarter check-in for your annual goals. 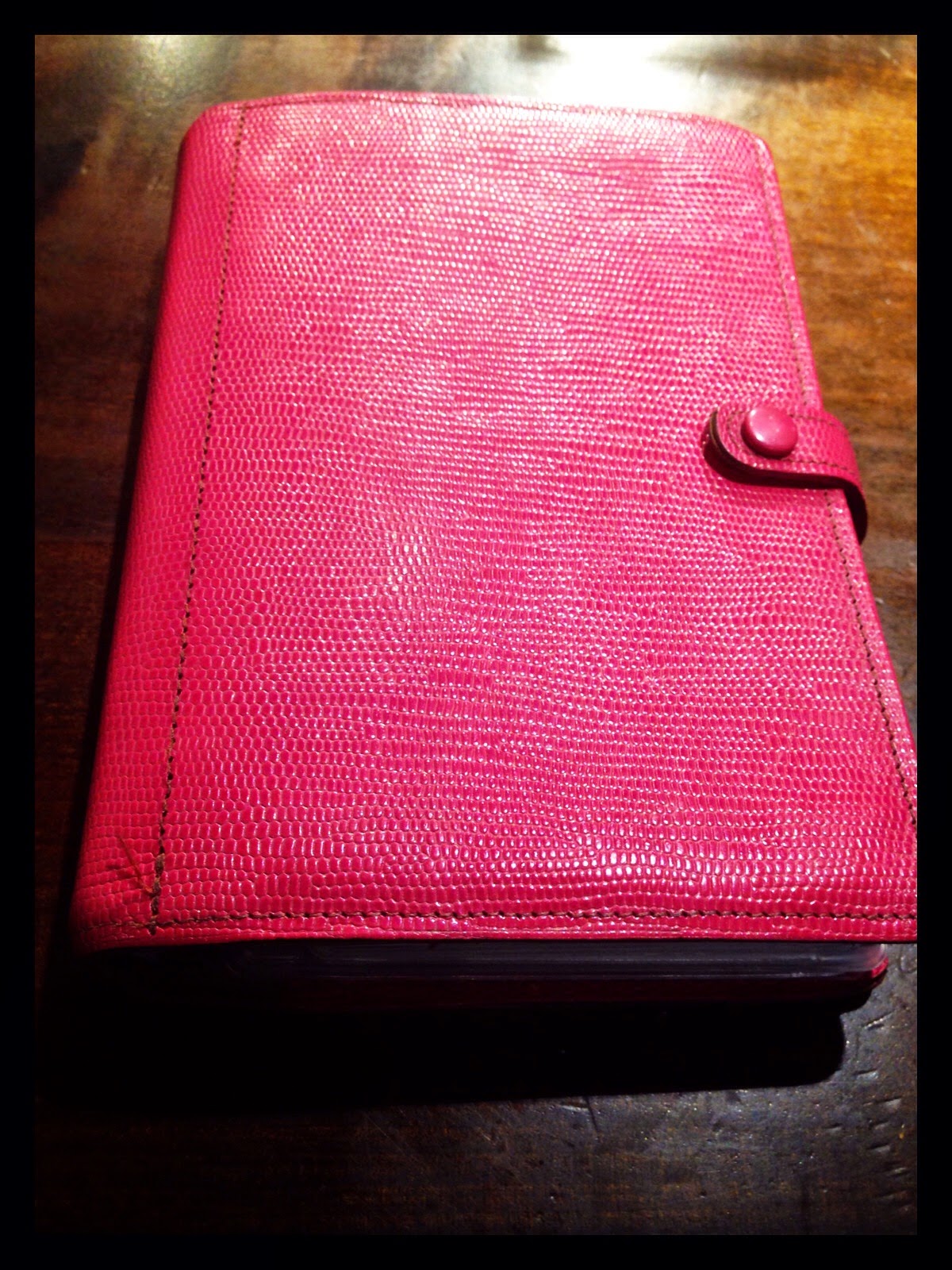 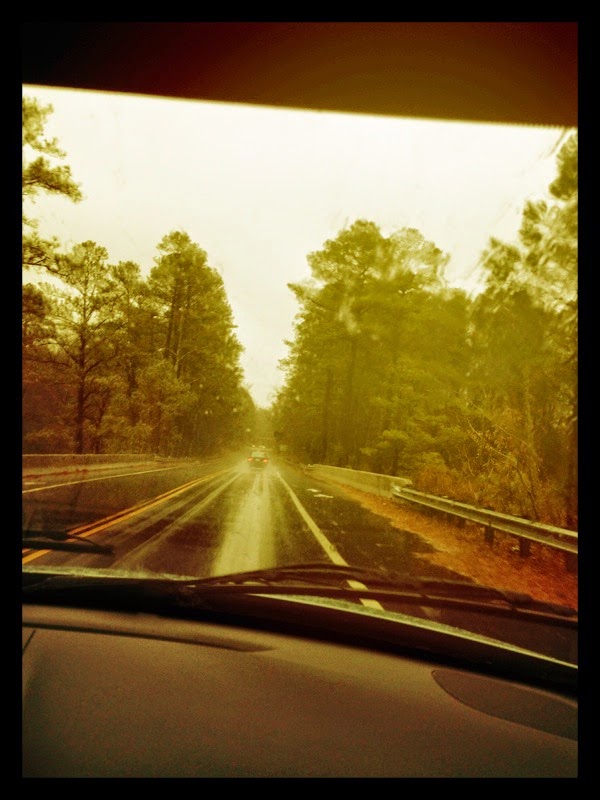 
Let me break it down for you.


Most of the Northern Hemisphere on planet Earth begins slowing down, rhythmically with the seasons. One of my goals in 2015 is based around mindfulness. Therefore, if I am being mindful of the fact that seasons indicate change in nature, then as a natural being, I too must align myself with that change. So, starting in the Fall, things start to slow down. I am very fond of this season, because aside from dealing with an unhealthy dose of anxiety, I enjoy watching nature slowly turn the volume down a little bit each day, from muted colors in the plants and trees to the changing winds that bring the aromas of apple cinnamon spice cider, pear tarts and pumpkin soups.

Right about the time the Halloween nonsense starts to appear in stores, I start a virtual timer in my mind and take into consideration the "turning down" of the home, work and life, very much like the turning down of a hotel room and bed. There is a certain freshness in having deliberately decided to do a particular activity. When we leave our hotel rooms, the staff come and "make up" the room. Preparing it for activities that involve being "up." We could just get into a made bed. That's what most of us do at home. But the mindfulness aspect of living comes into play when we purposefully, "turn down" a bedroom to prepare for doing things while "down." The "making up" or "turning down" implies a routine, simple steps that take a space from x to y. I find October to be the month to transition from "made up" to "turned down." 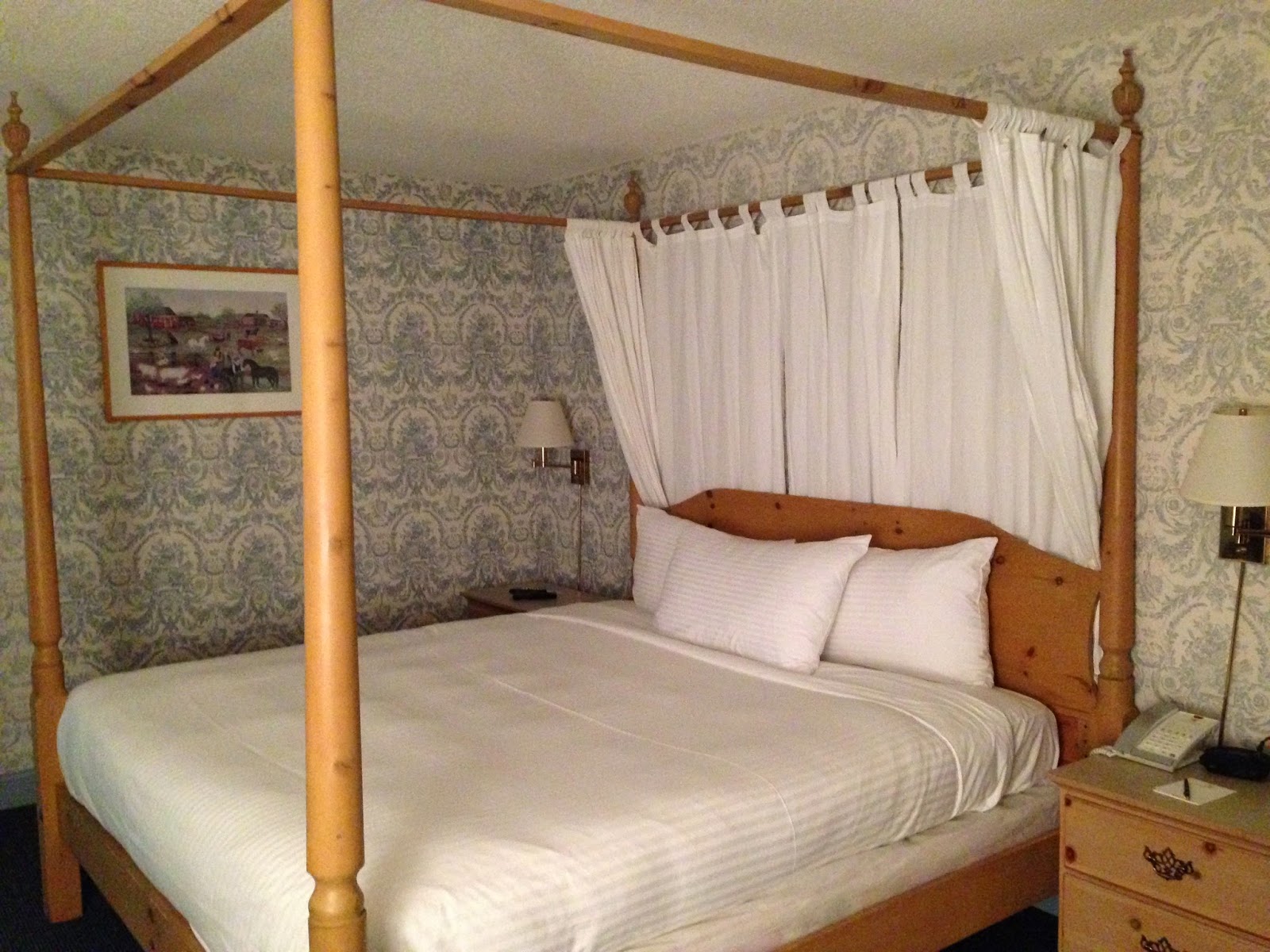 Unless you are hosting massive halloween parties every year, there is really not much planning to have to get done for October. However, right around the corner is Thanksgiving. Meal prep, family phone calls, spare room refreshening and general house tidying comes alive. My birthday also happens to be at the end of November so I am usually planning a getaway for us. Sure enough, right after Thanksgiving, Christmas celebrations are in full swing and depending on where you live in the world, the weather starts making itself very known. When we lived in Alaska, one of my favorite moments was the rush to ensure we had enough provisions to get a good chunk of the winter out of the way without having to leave the house too often. No one really wants to make a run to the store for bulky items at -35F. Porches were swept, cobwebs  removed, garage cleaned-out and a small stockpile of dry goods would magically appear in the house. 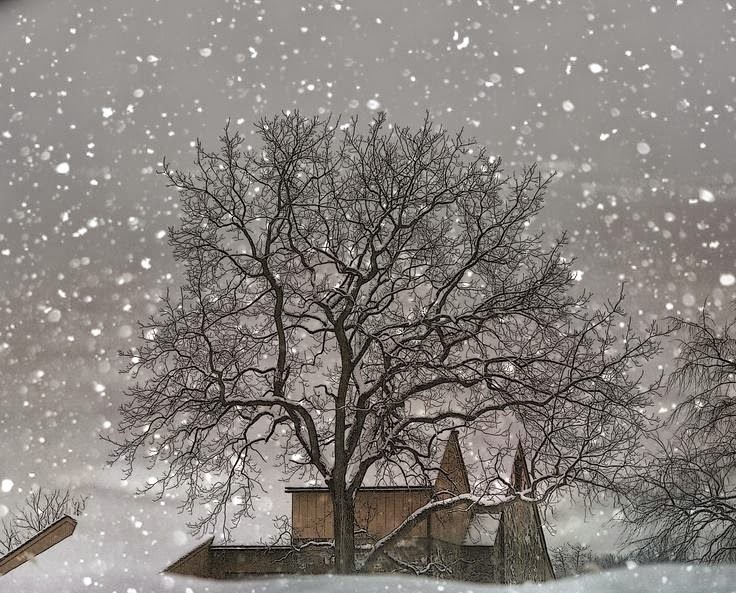 With all this going on, I really am not thinking about the planning that is going to happen for the following year.  I don't want to think about the future right now; I want to enjoy the now. These 3 months are the most magical months for me and I allow myself to mentally and physically enjoy the final months of the year by using the first 2 weeks of October as "Turn Down" weeks. October 15th is my deadline to order planner inserts for the next year. This way, I am not caught in any of the Halloween, Thanksgiving, Christmas or New Year's rushes and my inserts arrive with plenty of time for me to work out any new tweaks to my system. 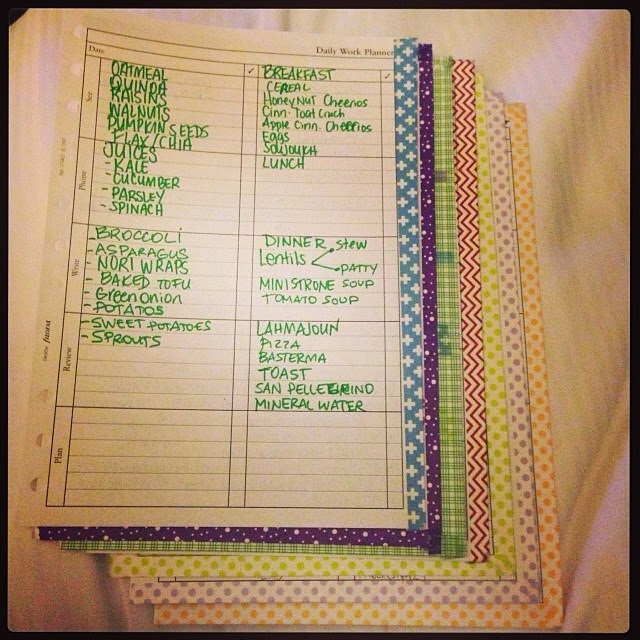 Ordering inserts in October also gives me time to start filling in what I will be doing the following year. Now, I may not know where I will be but, I can certainly start defining what my goals I want to incorporate into my life and how I want the year to play out. Having my inserts early, allows me the time and space within the spare moments stolen during the quiet months to get my thinking done. I make time to be alone and I make time to ensure my Master Task List from the previous year has been reviewed and unfinished items moved into the new year's list. 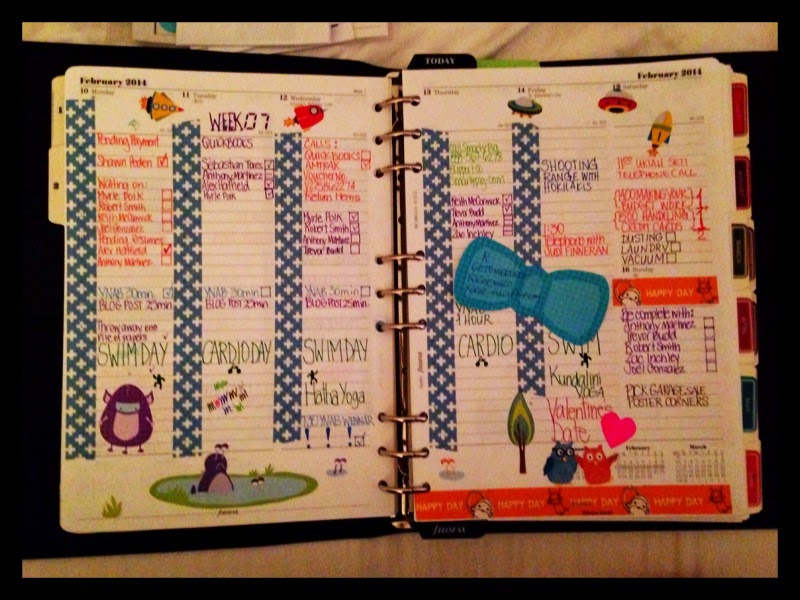 Once the New Year is come and gone, I am normally eyeballs deep in getting resumes out and giving talks on streamlining. I don't want to have to start thinking about what my goals are in the first month of the year. I have been thinking for three months and am activating all the processes I have planned out. I admit, January carries with it a sense of heaviness. There are 12 long months ahead of work and plans and all sort of things that need sorting out. There is also a sense of freshness and newness and the chance to make everything new with what didn't work in the year before. I make a point to steal quiet moments in January, as much as I can. These moments usually involve my planner and I would not want to be in the second week of January hoping my inserts would arrive already! 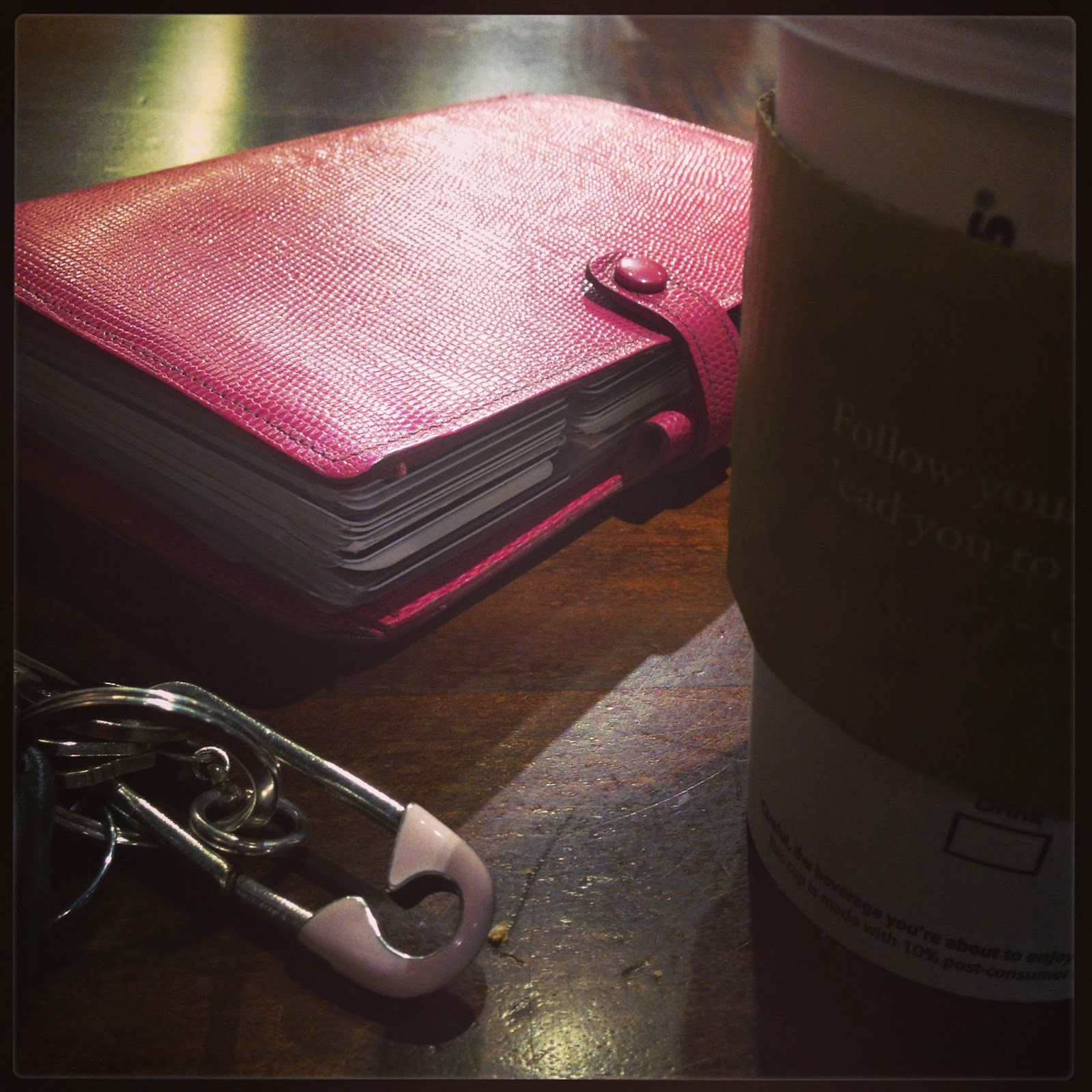 I hope this year, you create some permanent rituals for yourself and your household to "turn down" the year but, until then, we've got some work to do.
Posted by Karine Tovmassian at 1:52:00 PM No comments:

Grab the code in the box and add it to your site. Thank you. 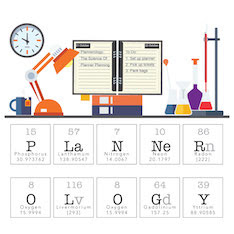